Hi Richard,
I wanted to say a massive thank you once again for Jacob's party yesterday. It was amazing and Jacob and his friends had a great time. It was the best party we've ever had by far. I've had lots of texts from parents saying how great it was and asking for your details.
I will definitely be contacting you again for future parties.
Many thanks

Richard provided not one, but 4 fantastic discos over 2 days for the school and was punctual and provided great communication and always had a smile!. He is a great children’s entertainer and adjusted the music and games to suit the differing age groups. His enthusiasm really shines through. The children had a great time and really enjoyed themselves.We will definitely be having him back again next year.

A nice thank you in my message box when I got home from yesterdays party- It was for Caleb’s 5th Birthday.
Wow what a fantastic party, my son had an amazing 5th party yesterday. We have had brilliant feedback from our guests. Thank you so much for making the party a real success.

My daughter Lily had such a lovely time and I can’t thank you enough. Highly recommend your services! Thank you

When choosing an entertainer from the internet, despite testimonials we all know there remains a niggle that one still hopes it will all go perfectly. So let me put any concern at rest. Richard is professional, really gets all the children (and the parents!) involved with inventive games and ticks the box where safety is concerned. We had a Frozen Themed disco but I loved it he asked for a playlist of favourite songs and really get the pace and therefore the attention going. Thank you Richard for a lovely party for our 6 year old. Frozen for a Quasmi tom boy or mini Olaf Tick.

I can confirm we had the best choice with Party Time for Kids when deciding what to do with our daughter's 5th birthday party. 20 kids perfectly entertained for two solid hours (indoors 100% not a huge space we had either) . Richard's patience and strategy to keep all of them dancing and laughing was brilliant. Definitely recommended, you will not be disappointed. Stress free party, just call them and kids will have a fab time Also it was a last minute booking for a midweek birthday and we had an excellent response and communication .Thank you very much appreciated.

The best and friendliest entertainer we've had and all the kids said it was the best party ever. Fantastic value for money . We cannot Thank you enough we had a frozen theme party which was very popular. Richard kept all the children interested and involved. With games and karaoke amazing thanks again.

Hi Richard
Just a quick email to thank you for Ruby’s 6th birthday party on Saturday.
Everyone enjoyed themselves and had a great time.
Very, very pleased with the whole package, great value for money.
Ruby has not stopped talking about it yet, the princess cut-outs were a great hit.
Should you ever require a reference/recommendation please do not hesitate to use my email address.
Once again, many, many thanks.

Cheryl & Richard were fantastic with all communication from enquiry to booking to actual party - they are both very helpful & lovely people that really care about your individual party needs. Richard was very kind, thoughtful, helped set up hall, funny & totally involved with adults & children from beginning to end. He kept the children entertained throughout the party & played great games with them. The interaction was 5***** all the way
I was so very happy that I chose Party Time For Kids as everyone had a fantastic time. Richard is a fabulous party entertainer & I would highly recommend him to anyone.

Having booked Richard previously I was certain that this year I would use him again for one of my children's parties. My daughter wanted to have a Frozen party and Richard was more than happy to accept the challenge. The party exceeded expectations and all 35 children plus parents left with huge smiles following a fun, energetic party full of a fantastic variety of dancing, games and even a bit of karaoke! Richard kept all the children engaged for the whole 2 hours and everyone joined in. Richard is friendly, reliable and full of energy and passion for entertaining. I would not hesitate to book Richard for more birthday parties in the future.

Just wanted to say thanks so much for an amazing party you did for Daisy (Brave theme) On the day I couldn’t believe how much effort he had gone to with the detail to the theme; he had games of archery, tossing the caber, finding willow the wisps, the music from the film, and some amazing decorations. He put in a lot of effort to make my daughter feel at ease with him, which was very much appreciated. He even chatted to the children during their party tea and made them giggle - the fun never ended!!
Richard was so full of energy and made sure all the children were involved and kept the party going at all times. This is the first time we have used a children’s entertainer and we would use Richard again and again - he made our little girl so very happy, and mum and dad too!"
Thank you Richard

Richard is a master at entertaining little ones. How he kept 42 4, 5 and 6 year olds entertained for 2 hours I'll never know. My 6 year old son had a ball. His ability to engage with all the children, all of the time was superb. He also involves all the adults too - which was truly magical to see. For a stress free party I'd book Richard every time!!

Richard is a brilliant children’s entertainer who magically manages to capture the children’s’ attention for the whole duration of the party with his great games and disco. Rowan never joined in very much in these sorts of occasions but he did at the party that we first saw Richard and again Rowan thoroughly enjoyed his own party as did all the children that attended. Lots of mums told me that their children never joined in party games etc. but that they could not believe their eyes observing their children joining in the games and the dancing.

Richard has always been a brilliant entertainer! He always ensures that the fun and games are appropriate for the kids who attend and adapts things for the level of ability. He is always bright and enthusiastic and is definitely a firm favourite with the kids. 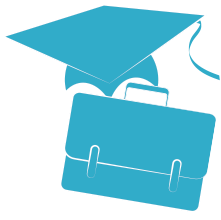 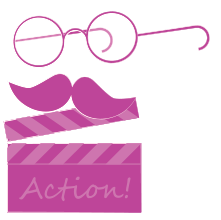 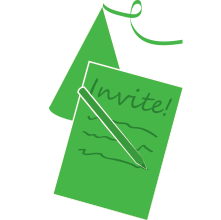 Advice For A Great Party And Downloadable Invites